Avid surfers, Michael Ryan, Nick Moloney and Carlos Barroso created the Surf3G team. Their mission - to ride the world’s biggest waves in Nazaré, Portugal, while exploring the limits of ageing athletes and how the surfing industry can become more environmentally balanced. 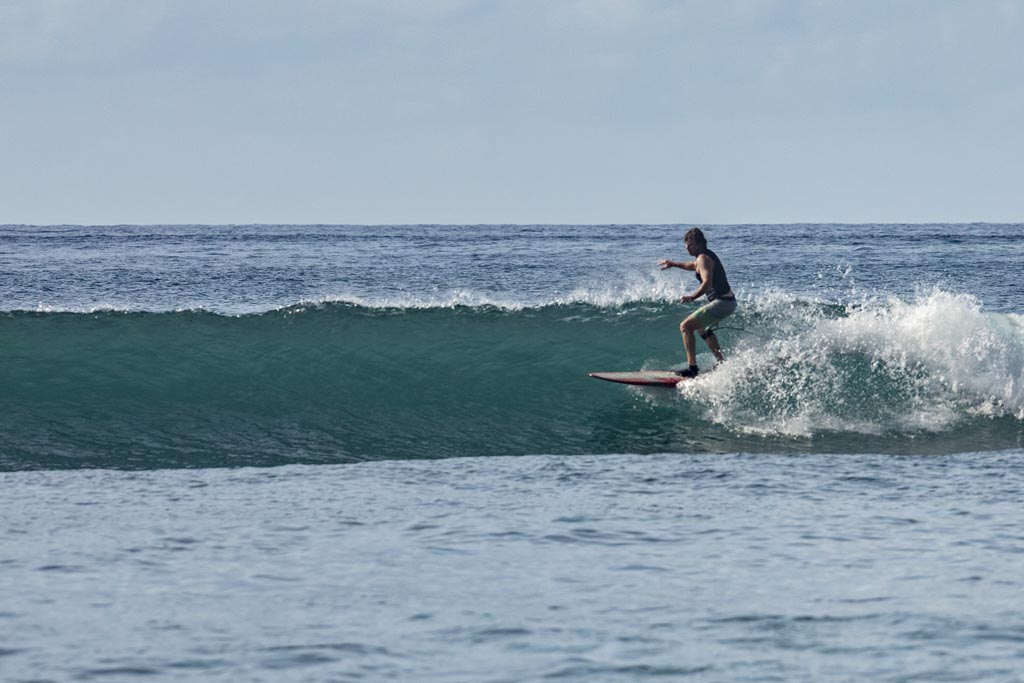 Michael Ryan is a Canadian born real estate developer based in the Cayman Islands and the visionary behind world class properties such as The Ritz-Carlton Grand Cayman Resort, FIN Grand Cayman and Cacique Del Mar Costa Rica. 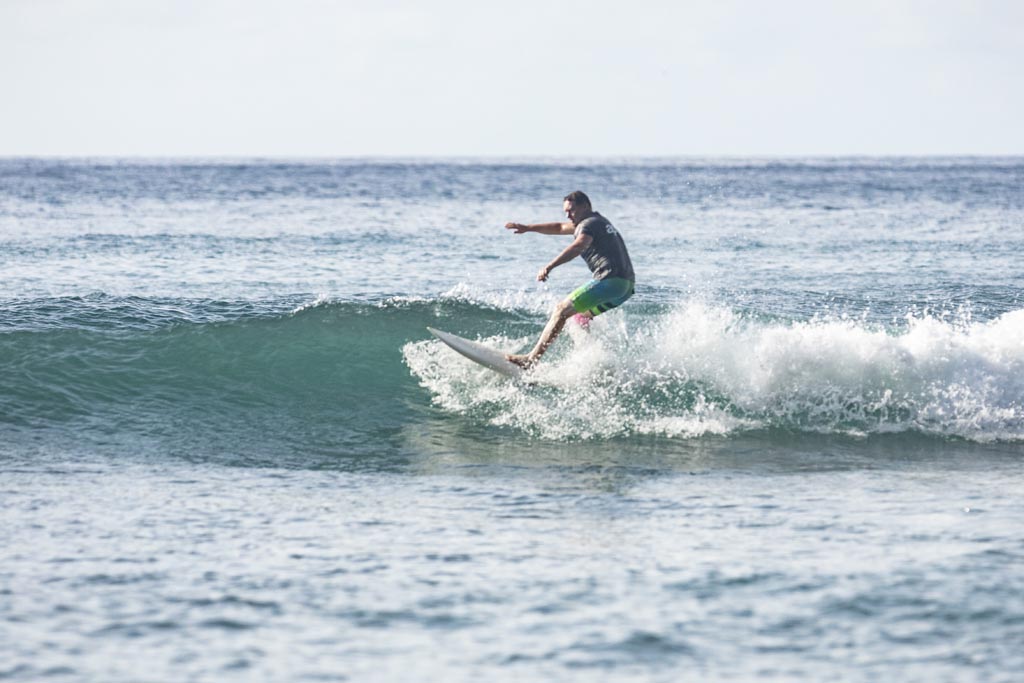 Born in Australia, Nick Moloney is a professional yachtsman, adventurer having  completed 3 circumnavigation and setting 15 speed records. When not setting records, he is busy building  sports health and nutrition brands. 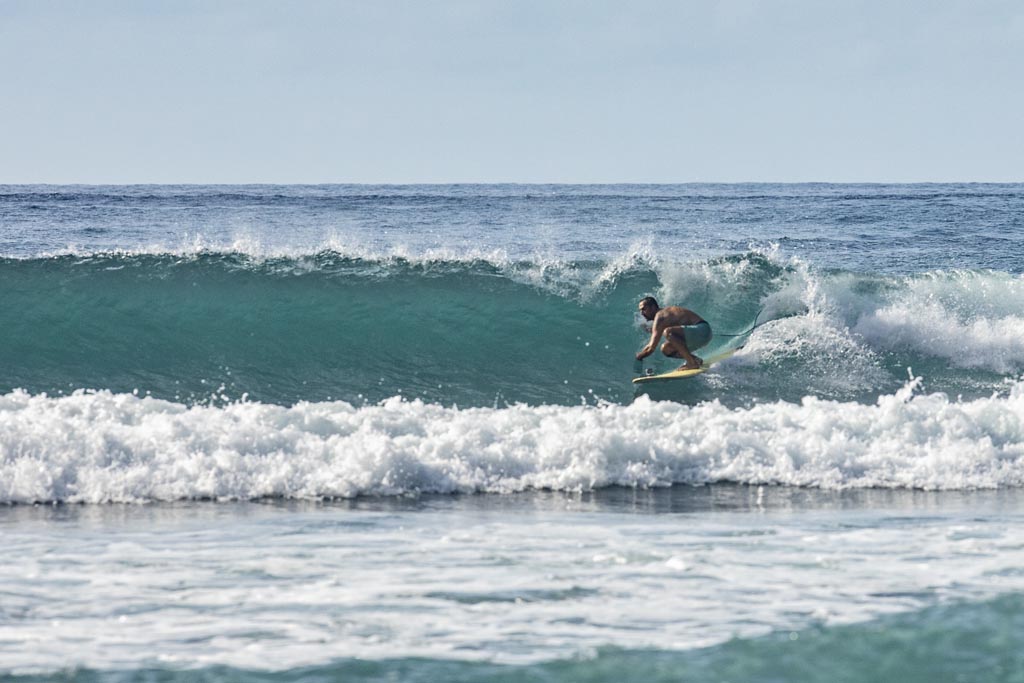 Born and raised in Portugal, Carlos has been surfing since he could walk. Living in Grand Cayman since 2006, Carlos is happiest on or in the water, kiting, surfing, boating, all depends on what the weather serves up for the day.

The Goal of a Goal is to be a Goal, that, in a nutshell, is how Micheal "Mike" Ryan explains the origins of the Surf 3G team that’s on a mission to ride the world’s biggest waves in Nazare Portugal.

“We all need a reason,” he goes on, “ a reason to get out of bed at 4:30 in the morning, a reason to push ourselves beyond what we think we are capable of and” he says smiling ruefully, “a reason to keep chasing the fountain of youth”. Time keeps on moving and we can never step into the same stream twice, but that doesn’t mean we have to get borne down into it like a leaf bobbing this way and that across the surface until we tumble over the inevitable falls waiting up ahead.

Time, as we have all experienced it, is elastic, based on our perception and engagement, imagine how long ten seconds seems when waiting for a light to change or while holding your breath and how quickly the last ten minutes goes when finishing a test or running for a flight.
‍
The best way to stretch time is to embrace each moment and be present, it not only brings more fulfillment to the experience it also forges deep and solid memories, the ones that spring fresh to our mind whenever recalled, somehow the edges don’t seem to get as fuzzy as that last meeting we sat in or the conversations you had at a dinner party with people you can't quite recall the names of.

For those more cerbally gifted this, the being totally present in the moment,  can occur in music and art. For the more physical and visceral this is most easily achieved through activities which provide no scope for wandering thoughts, you are forced, by your desire to survive, to be totally present and that requirement creates a strange and useful release from the day to day.

Over the years the group that make up the 3G team, Carlos Barosso, Nick Moloney and Mike Ryan have all gravitated to these types of efforts; Nick’s myriad team and solo sailing records and round the world triumphs, Carlos surfing, kiting, foiling, gliding, motocrossing, and Mike’s rock and mountain climbing, skiing, flying, ballooning, sailing and surfing. All these things have in common the need to be totally present and the motivation to push yourself to new levels. But, as we all know, life has a habit of getting in the way and some years had passed since a full fledged challenge had gotten the blood moving as it should for the group. Covid seemed to make things worse as the world became a shared monochromatic stream of identical days from which the zest was slowly draining.

But the germ of adventure was not dead, and in the summer of '21 the strings of a series of conversations that had been going on for years, conversations like, “there has to be something epic we can do that we haven’t done before” and “the window for truly radical stuff is closing fast” began to come together with the realization that , elastic as we might make it, time was finite and that after two years being told to stay home and not breathe on people, it was time to take back control of our day to day.

Kicking around various options the one that kept coming to the fore was surfing Nazare, this mythical place that had lain hidden in plain site for centuries while surfers chased their mythical white whale of the ‘biggest wave’ from Jaws to Cortez Banks, Mavericks to Iceland until in 2011 Garrett McNamara was towed by Andrew Cotton into a monster at Nazare and the legend was revealed.

Carlos is a lifetime surfer who had grown up down the coast from Nazare and Nick had spent his life in the water surfing everywhere from Tasmania to Hawaii but Mike was just the ever enthusiastic amateur but felt that the guy having the most fun was the best surfer out there, more importantly he believed that he had unlocked the key to the fountain of youth. “If you are doing anything and getting better at it, then that makes you young, learning is the process and being a better surfer today than I have ever been before is the reward and one that his late start made it possible to keep attaining".

So when Mike called the other two together and shared the plan they were equal parts skeptical it was actually possible without dying or serious injury, and stoked to find out.  The conversations also quickly focused on key issues of goals, what defines a “big wave”? Do we do it all on our own or do we get support?" “what else can the journey bring to us?" “can your body, with all the historic injuries and limitations even do this?", “are you too old to even consider this?", “who would we want to meet along the way?”, “where else do we want to surf?" “how long will it take?", and “how do we pay for it?".

What they all recognized was that the journey presented a goal, a goal more nebulous than standing atop a peak or crossing an ocean but a goal all the more appealing for that, and that the goal of the goal was to be a goal, one worthy enough to excite the imagination, quicken the heart and focus the mind and body.

A goal that would give a reason to focus and refine the exercise routine, diet, examine personal weaknesses and find ways to improve them, a reason to learn more about the ocean and what it means to be in her grasp in the most extreme conditions . It quickly became apparent that the physical, the brute physical part of strength, endurance and balance, were bare table stakes and that the real strength was going to have to be developed in the mind, in learning how to breath a whole new way, in learning to be calm when everything around you tells you to panic, to let go when you want to grasp.

The team, and this was essential, all agreed from the start that it was about a journey and that they would have to keep refining and defining their goals and approaches but embraced this as part of the joy of doing it. Even if you want to do something as extreme as climb K2 there is a basic road map to follow, routes to pursue, training routines to follow, guides to hire, seasons to work with but to become a big wave surfer who was good enough to go surf Nazare properly was a path they would carve on their own and this was both daunting and freeing at the same time. In a world where we are increasingly being told what to do at every turn, to be making your way across a vast open field with no sign posts and no defined exit, is liberating in the extreme.

So the journey has begun, the training is underway, the learning is daily, the triumphs and the setbacks arrive in equal numbers but for now there is a reason to get out of bed…..